Text reproduction of his interview in "Record Collector presents: The Smiths" special (April 21, 2022).

It all began with a Neil Young badge pinned to his school blazer. In this brand new interview, Andy Rourke tells Lois Wilson about the call from an old mate that would change his life forever...

I met Johnny at school when I was 11. I was really into Neil Young at the time and he was wearing a Neil Young Tonight's The Night lapel badge. This was when everyone else seemed to be into Jethro Tull and heavy metal, so Neil Young was a conversation opener and pretty soon we were spending all our spare time together, either playing music or listening to music or talking about music. We formed a band together, Freak Party. It was me on bass, Johnny on guitar and funky Si Wolstenscroft on drums, and the music did get funky. The Clash's Sandinista! had just come out and we were jumping on that vibe. We rehearsed every night until kicking out time, we got stoned a...
Other Ex-Smiths The Smiths
Continue…

NME: Blossoms on how they “hugged it out” with Johnny Marr after Smiths covers band fall-out

NME interview about the fallout from the Rick Astley/Blossoms cover project:

“We knocked on his dressing room door and said, ‘Look… We probably should have told you, but we were just too scared.’
“How do you turn around to one of your heroes and go, ‘I’m starting a covers band with Rick Astley playing your songs?’ There’s no easy way to say that. Even the most f***ing confident person in the world would struggle to say that. He was like, ‘It’s water under the bridge – let’s hug it out’.”

Give me your top 5 Smiths songs?

-How Soon Is Now?
-The Headmaster Ritual
-Bigmouth Strikes Again
-There Is A Light That Never Goes Out
-Last Night I Dreamt That Somebody Loved Me

And finally, what are the top 5 songs you’ve been involved with since the Smiths?

Johnny Marr on chances of working with Morrissey in the future - Steve Wright show (February 28, 2022)

It was a strange little interview on Steve Wright on Radio 2 this afternoon, with Johnny. Aside from Steve mentioning The Smiths once at the very start, in his intro about Johnny, they were not mentioned at all, even when Johnny was talking about his early years as a musician, etc. And then there was a brief exchange near the end that went something like this:

Steve Wright: Now, are you OK with me asking you the question that you probably don't want me to ask you about? You know the one.
Johnny: Sure, go for it.
Steve Wright: When did you last talk to Morrissey, or have any contact with him?
Johnny: I guess, 18 years ago. Maybe 15?
Steve Wright: Wow. And so, what are the chances of you ever maybe working together in the future?
Johnny: Zero.

And that was that.

Clarification (March 1, 2022):
The exact wording of Steve's question to Johnny was:

"So what do you see in the future for any kind of personal professional relationship with Morrissey? Could that ever happen?"...
Other Ex-Smiths
Continue…

Johnny Marr interview: ‘I had to defend myself against Morrissey’ - thetimes.co.uk Johnny Marr tells his side. 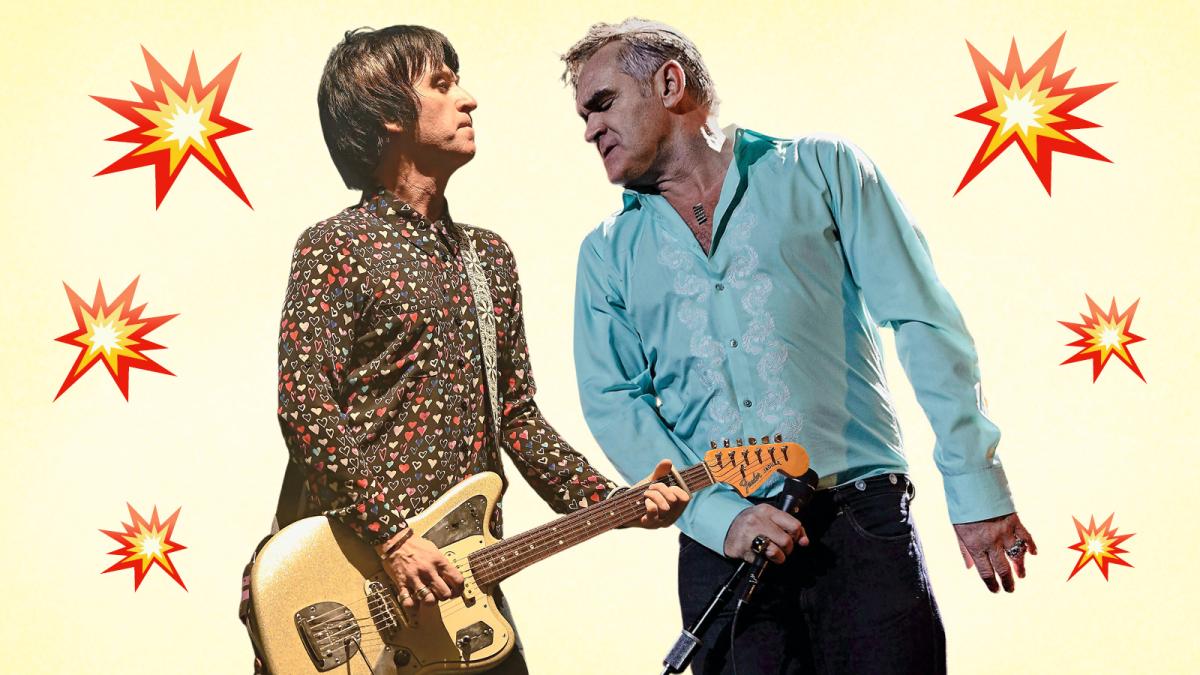 Johnny Marr interview: ‘I had to defend myself against Morrissey’

Fight or flight? Since Johnny Marr walked out on the Smiths in 1987 he has chosen the latter. He collaborated with countless artists, from the Pretenders to Mod

A month on the guitarist explains his decision to come out fighting. “When you’re attacked out of the blue, particularly in public, you have to defend yourself. The letter was designed to be insulting, wasn’t it? That has to have been the idea. If it’s something that’s not based in fact, you have to react in kind, which is just” — he curls his lip — “with ridicule.” Tellingly, he doesn’t use the M word.

From there we turn to Lou's fellow contrarian Morrissey and the "severed alliance" between him and former Smiths bandmate Johnny Marr. With the latter releasing a new album this month, Kate and the RBP crew reflect on the very different personalities (and values) of the two Mancunians. 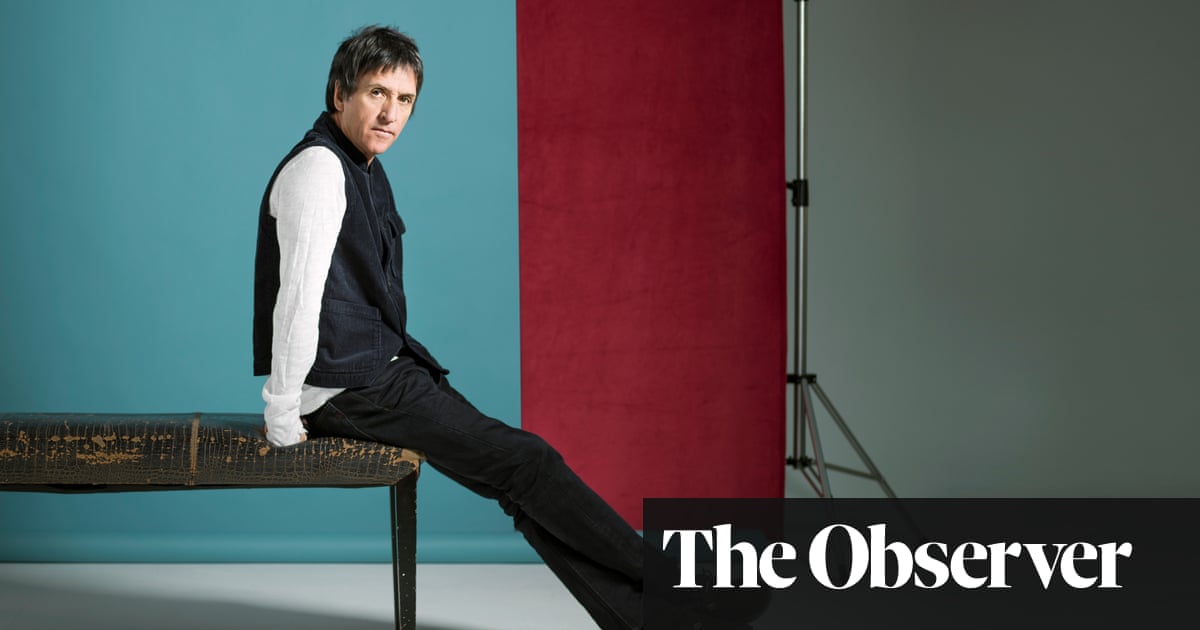 On the eve of his new double album, the acclaimed songwriter takes questions from musicians, politicians and readers


Excerpt:
Did the Smiths ever fall out over football or politics?
Andy Burnham, mayor of Greater Manchester

We never discussed football so that’s that. And we never fell out over politics, but we probably would now.

Morrissey’s recent political views have cast a shadow over the Smiths for me – reaching back into the past and tainting something that was very important to me. I’m so disappointed in him. Has it impacted how you feel about the Smiths or are you able to separate the past from the present, the band from the man? I find it very difficult to do so.
Johnny Spence, Northern Ireland

It hasn’t impacted how I feel about the Smiths. That’s all I can say about...
Other Ex-Smiths The Smiths
Continue…

Vulture article: Johnny Marr on the Best of the Smiths, His Solo Career, and Fever Dreams Pts 1–4 (February 2, 2022) 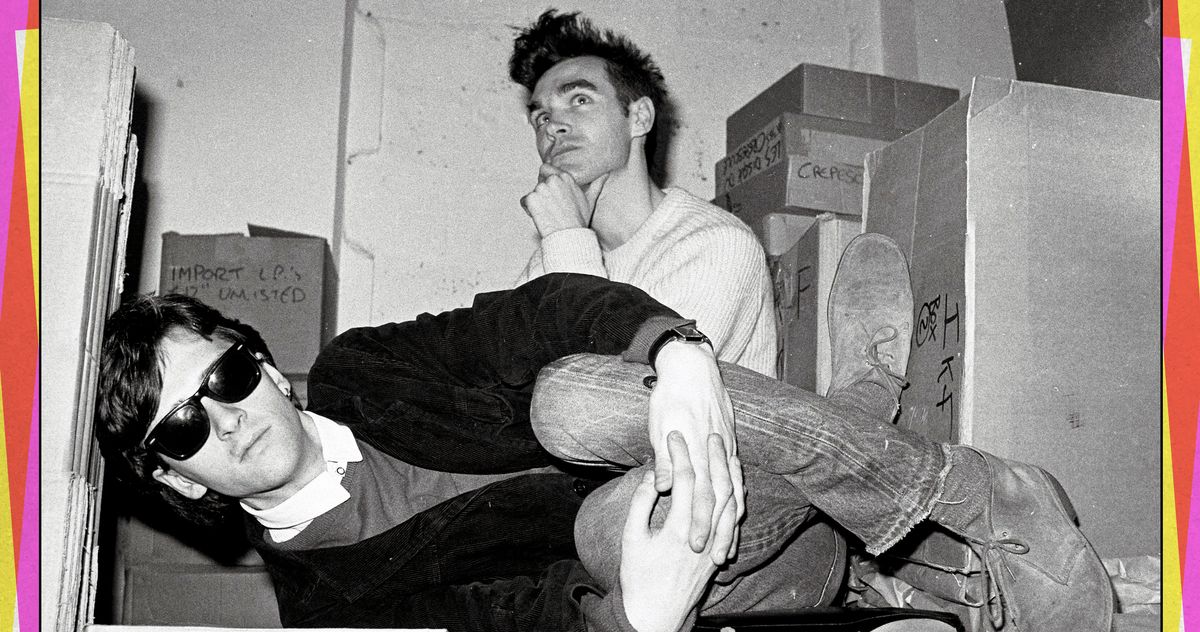 “Sure, there was drama, but what you hear was a result of stone-cold love.”

The Smiths have been pretty much done to death really by everyone who was involved, and plenty of people who weren’t. It’s a shame that so much was said without the benefit of maturity and hindsight and that there were so many agendas going around for so many years. But I guess it’s all part of the band’s kind of complicated story [annotation].

Morrissey Central "I SLEEP LIGHT ON THESE SHORES TONIGHT"...
50 minutes ago
ThePoliticalRevolution
What song are you listening to right now?
59 minutes ago
ThePoliticalRevolution
Simon Bird (Inbetweeners) 'can no longer...
Well said
Today at 2:16 AM
Post Whatever You Are Thinking At This Very Moment
I want my experience of solo to be cruelty free. I'll be putting several...
Today at 1:50 AM
Light Housework
Question Anyone attending Cruel World 23 this year?
I am going again this year as I am a huge Iggy fan, and curious to see...
Today at 12:51 AM
tonymaroneypony
Off-topic discussion thread / moved as...
Watching her put others down is a spectator sport for many it seems to me.
Today at 12:48 AM
Light Housework