Star Interview: Home is where the art is for pioneer Linder Sterling at Chatsworth - The Star - Sheffield News

"‘Film portrayal was identity theft’
Linder Sterling was portrayed in a film last year about the early life of Morrissey – but she refuses to watch it. The biopic England Is Mine, directed by Mark Gill, showed the singer-songwriter struggling with life before meeting guitarist Johnny Marr and forming The Smiths. Linder was played by Jessica Findlay Brown; there are scenes of her producing collages and meeting Morrissey for walks around Southern Cemetery in Manchester – excursions later referred to in the Smiths song Cemetry Gates. “I have very little interest,” she insists. “It’s a...
Continue...
Mando Lopez (side project): The Chavez Ravine - Citywide video
7 2,393 by Famous when dead : Feb 7, 2018 at 3:43 PM

YouTube video has been removed but Oh My posted earlier:

He says: "We've done 2 and a half albums together and we are about to go back in the studio and finish that half of an album that we didn't finish".

Also, Oh My posted the link with some similar information:

‘A producer’s dream’: Joe Chiccarelli on working with Morrissey on brand new album Low In High School - PSNEurope (Nov. 16, 2017)
Renowned producer Joe Chiccarelli recently returned to the studio to produce a second consecutive album with Morrissey in the form of Low In High School. He tells Daniel Gumble what it was like to work with the enigmatic star and why he is a “producer’s dream"…

LIHS producer Joe Chiccarelli discusses recording Moz and in particular walking through the recording of 'Spent the Day in Bed', at NAMM 2018 (music merchants conference). Approx 45 mins....
Continue...
Alain's band Stadium plays "This Charming Man"
34 5,103 by Uncleskinny : Jan 20, 2018 at 12:46 AM 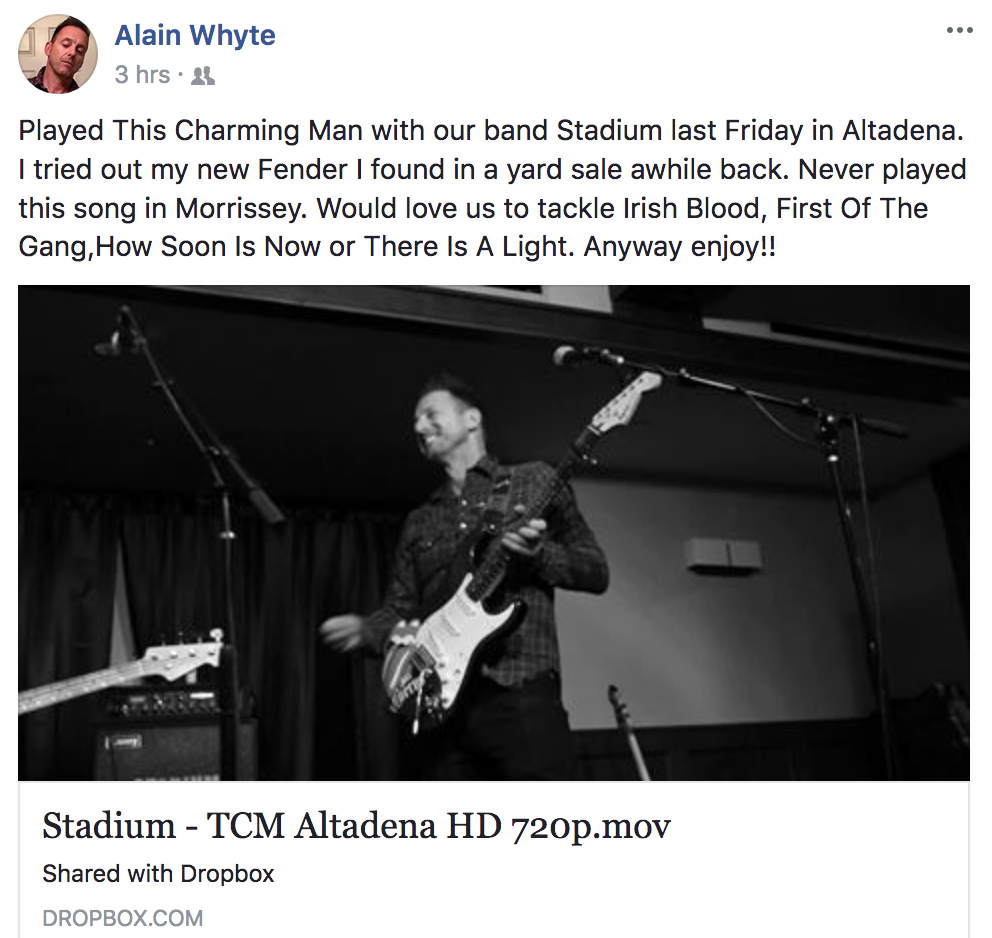 "I've said my piece and I have nothing else to say." - Morrissey

Team photo: producer Joe Chiccarelli (right) and engineer Maxime Le Guil were reunited for Low In High School, having worked together on Morrissey’s previous album in 2012. 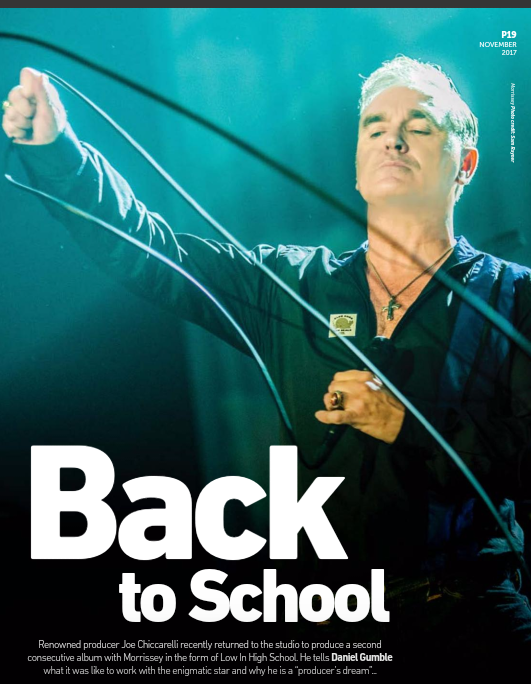 A 2 page digital article discussing Morrissey and the recording of LIHS.
There were about '20 songs'.
He likes Home is a Question Mark and Israel.
My Love... was almost cut.
Regards,
FWD. 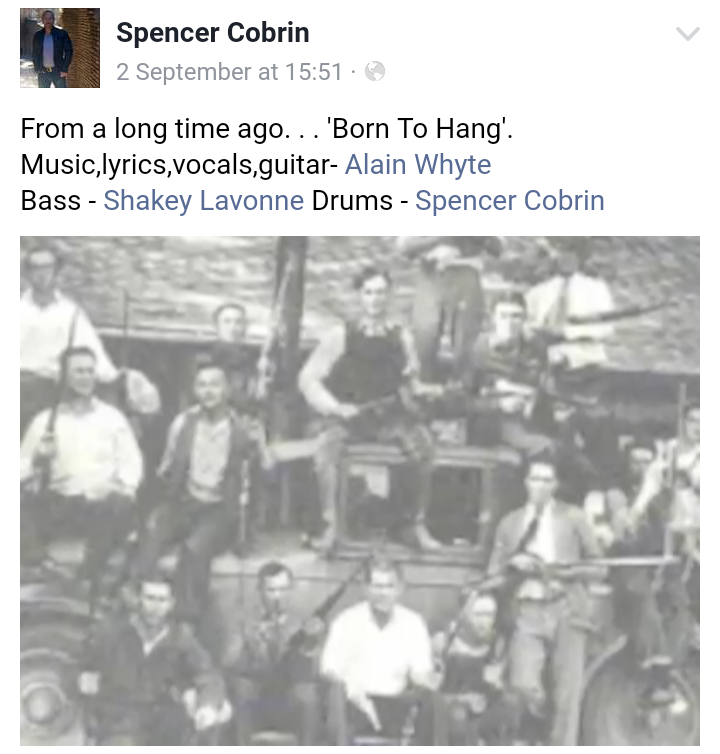 Nothing at all like the Moz song.
Circa '96 - featuring Alain, Gaz & Spencer.
Also noted to have been performed by Alain 2 years prior in '94 as part of Red Lightning.