Billy Bragg: There's no way back for Morrissey

The 62-year-old musician has publicly criticised the 60-year-old singer for his endorsement of far-right politics and he believes the former Smiths frontman has "burned too many bridges" for redemption.
Speaking exclusively to BANG Showbiz, Billy said: "I wish there was a way back for him. As a Smith's fan and as an anti-racist activist, I wish.
"I worry that he may have burned too many bridges, though."
Billy responded to Morrissey's comments in...
Click to expand... 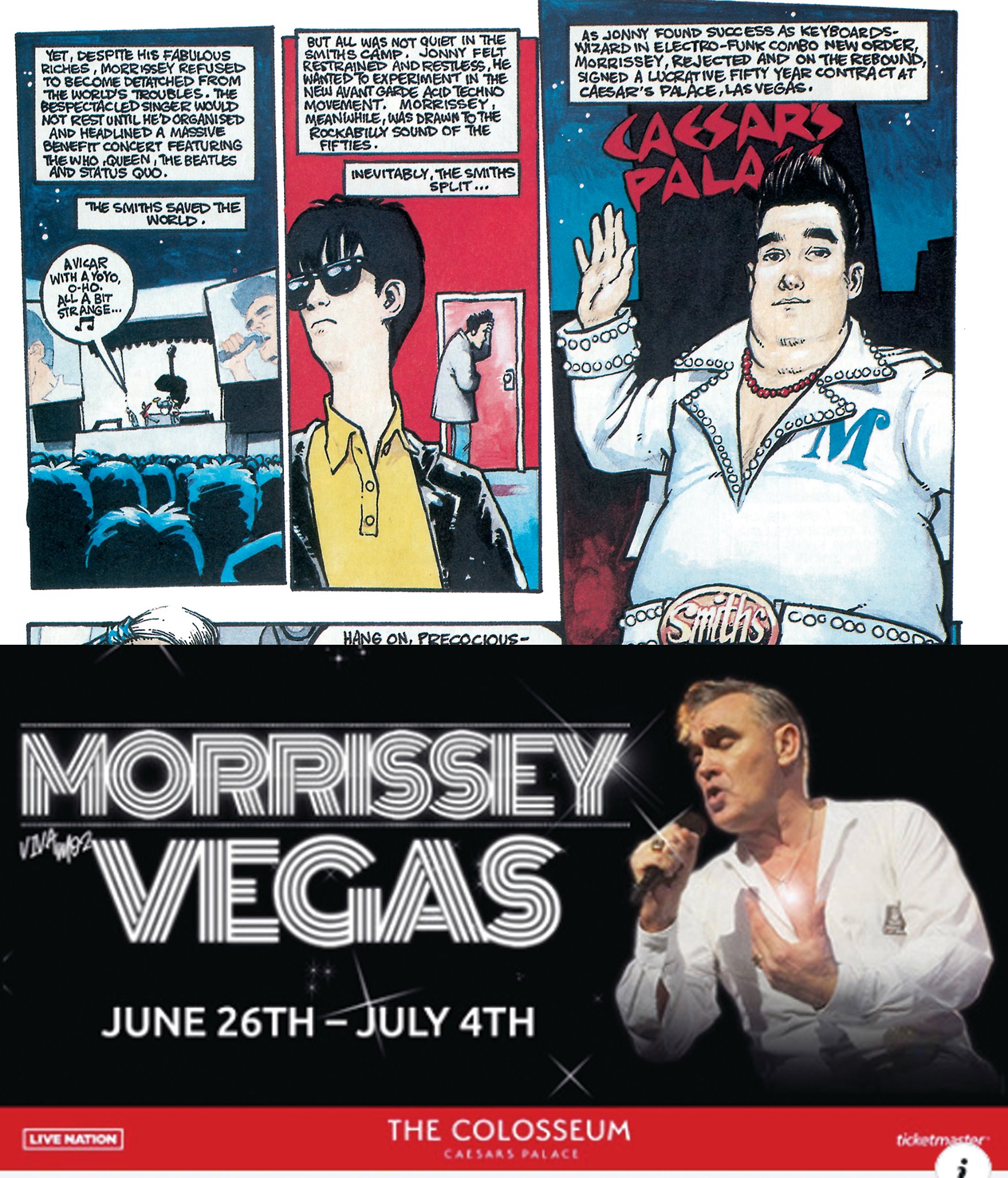 Morrissey Central:“HAVE YOU SEEN / THE SAD RICH HUNTING DOWN, SHOOTING DOWN ELEPHANTS AND LIONS?” (February 22, 2020)

Morrissey Central: “HAVE YOU SEEN / THE SAD RICH HUNTING DOWN, SHOOTING DOWN ELEPHANTS AND LIONS?" - February 22, 2020


(first posted by @Nerak in a different thread).

Welcome to the upgraded Morrissey-solo, we're now on the latest Xenforo software at version 2.1. Some things may appear the same but under the surface almost everything has changed. Take a look around and if you have any questions or find any bugs please post in this thread. I have incorporated some of the requests and suggestions that have been made on the site but after spending some time with it keep sending feedback.

Some of the new features include 'reactions' which replaces the old ratings system. New options with posts include native emoji support, improved media recognition and improved mobile support. If you want to hide anonymous posts by default that option is now an option in preferences. Emails from the site haven't been working for the last week or so for a different reason, that's being worked on. An anonymous person posted the link to upcoming releases at Bull Moose:


I really don't like rumour mongering, but the information is a bit more tangible than some of the things asserted here recently.
I've had 2 good sources now state that Honey You Know Where To Find Me is the Record Store Day release this year. My record store rep just told me similar.
Combine that with the following:

And it looks very positive.
No idea about B-sides (as described as a 12"). The formats described can change before the official...
Release Info
Continue…

Updated with source of image (JC).
Text is very small, so transcribed it - punctuation (give or take some eye strain) as per the writer.
Regards,
FWD.

"He who cannot be mentioned is releasing an album. No, not Laurence Fox but Steven Patrick Morrissey, but he'd likely be as controversial on Question Time. If you hadn't noticed, he's a bit of a pariah around these parts. Banished by townsfolk to his LA apartment to think seriously about what he's done and consider before he speaks.
Like that will ever happen. He is a law unto himself and always has been. The dame is not for turning. Well except musically perhaps. Because this, his 13th album (unlucky for some) is quite the left turn.
Dear reader, this writer genuinely believed he'd pressed play on the wrong album because it arrived with a scatter gun synthetic drum beat and keyboard like an early Prodigy record but then in comes that oh so recognisable baritone...
Continue… ABOUT THIS LAS VEGAS SHOW
Morrissey announces his most unlikely run of dates ever, a not-to-be-missed, sure-to-be-life-changing residency "Viva Moz Vegas" at The Colosseum at Caesars Palace on the Las Vegas Strip this summer.

The following performances go on sale Friday, Feb. 28 at 10am PT at Ticketmaster.com/MorrisseyVegas:
Morrissey, once voted the second-greatest living British cultural icon (behind David Attenborough and before Paul McCartney), takes...
Tour
Continue…